eforms now up and running

Read the new ruling from ATF on the FRT's

Suppressors are regulated under the National Firearms Act (NFA) of 1934, which falls under the purview of the Bureau of Alcohol, Tobacco, Firearms and Explosives (ATF). To legally purchase or possess a suppressor you must:

1)  Be at least 21 years of age to purchase a suppressor from a dealer.

2)  Be at least 18 years of age to purchase a suppressor from an individual on a Form 4 to Form 4 transfer (contingent on state laws).

3)  Be at least 18 years of age to possess a suppressor as a beneficiary of a trust or as a member of a corporation (contingent on state laws).

4)  Be a resident of the United States.

5)  Be legally eligible to purchase a firearm.

6)  Pass a BATFE background check with a typical process time of 8 to 10 months.

8)  Reside in one of the 42 states that currently allows civilian ownership of suppressors.

Silencer Shop is doing eForms for your quick return for your tax stamp. ATF is saying 90 days. 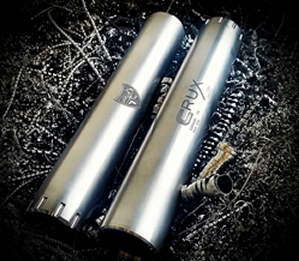 Built with Crux Suppressors Patented Sigma Baffle Technology developed with the latest in computational fluid analysis. We developed supersonic vortices in every baffle.  This means we use the laws of nature to work with us versus against us. It also means that the harder you push it the more suppression it does. It also makes it possible to reduce the size of the suppressor.   We were able to achieve this by running computational fluid analysis on all of our suppressors and this one has been through the ringer so to speak, squeaking out every last micro decibel out of this design.

The worlds most effective 5.56mm silencer just got better. AAC's M4-2000 Mod 08 features the patent pending fast-attach Ratchet-Mount to provide precision accuracy with minimal and repeatable zero-shift. Users have the ability to install or remove the silencer from the Blackout™ flash hider/muzzle brake, or the BRAKEOUT compensator, in seconds... 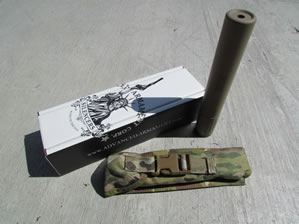 Over the last few years, we’ve constantly questioned, reviewed and evaluated how we’re doing things to be sure we’re always at the leading edge of making the NFA process as fast and easy as possible. From our famous ‘Black Packets’ to the latest electronic submissions and Silencer Shop Direct, we have a history of innovation in this area – and we have a lot of great plans & ideas that will continue to change the way this industry works.

Dead Air Silencers is all about bringing the best materials, the best designers, and the best manufacturing techniques to the suppressor market. 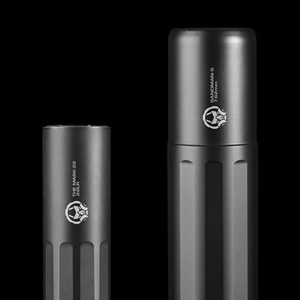 Warthog Firearms can aquire many different manufacturers suppressors. If you have found a suppressor that you want or need, let us know and we will try and get it for you.